No Act of Kindness, no matter how small is ever wasted.

It was a pleasant summer evening, and as the sun sank lower in the sky – draining light of the day away, giving way to the velvety dark of night, dusky colors subdued in the fading light, day winding down, air became cooler, twilight had fallen, and he was on his way to home via NH 12. He was totally drained. After all he had been working overtime since the last two months to fulfill his family needs, gathering money and striving for it like hell. The road was quite lonely, dreadful and weird. Moreover, it was quite darker now. This was the highway which was popular for its paranormal activities. So as time slipped, he increased his speed, while his heart started beating at 90 miles per hour.

Suddenly on the roadside, he saw a lady, all alone, seeking for help. He was quite scared, yet something in him was greater than the fear, and that ‘something’ drove him to the lady. He steered his bike right in front of her, gently asked her if she needed any assistance. The lady was quite worried too, was he going to hurt him? Because, she was there since last 2 hours – stuck. And no one stopped for her help. She was also well aware of how strange the highway was, and she too had read about ‘some’ from many paranormal activities recorded there in the past. Some unusual accidents, deaths, kidnaps, etc.

He could see that she was frightened, standing out there since so long. He knew how she felt. It was that thrill-chill which only fear can put you in. He said, “I’m here to help you, ma’am. Worry not. And, by the way – My name is Mark! Mark Anderson.” The lady, quite hesitantly, showed him the place where she wanted to reach. It was far away from Mark’s house. For a moment, he thought of leaving the lady and rush off before it gets dark. But again that ‘something’ didn’t allowed him to do so. However, he agreed to drop the lady at her desired place, stretching himself for more than 20 extra kilometers.

And finally, after an intensive drive for more than 20 km, he dropped the lady at her destination. The lady was humbled by his efforts, tears flooded her eyes, and she was truly grateful for his efforts, she couldn’t thank him enough for coming to her aid.

The lady asked how much she owed him. Any amount would have been all right with her. She already imagined all the awful things that could have happened had he not stopped by for her help. Mark was stunned. He had never thought of getting paid for that ‘something’ that we call as kindness, which was in him. Though he needed money, yet again that ‘something’ restricted him to take it.

This was helping someone in need, and God knows there were plenty, who had given him a hand in the past. He had lived his whole life that way, and it never occurred to him to act any other way. He told her that if she really wanted to pay him back, the next time she saw someone who needed help, she could give that person the assistance they needed, and Mark added, ‘And think of me.’

With a warm hug, Mark flew his way off. And the lady stood there, dumbfounded, thinking about the miracle that just happened. And then after, she directly went to the nearest restaurant for she didn’t had anything to eat since the morning. She was very hungry and grateful.

There she sat, in the restaurant thinking about the man and the ways she could pay him back. It was a dingy looking restaurant. Outside were two old gas pumps. The whole scene was unfamiliar to her. The waitress came over, cleaned her table, greeted her too, took her order on the marks, and humbly thanked her for being there. She had a sweet smile, one that even being on her feet for the whole day couldn’t erase.

She was really amazing in nature, the way she served – again moved the lady. The lady was humbled by the service the waitress rendered. The lady noticed that the waitress was nearly eight months pregnant, but she never let the strain and aches change her attitude. She was stunned. How could anyone be so good? The old lady wondered how someone who had so little could be so giving to a stranger. And she remembered – Mark! She remembered his last words – ‘Whenever you feel someone needs help, you would assist him/her in anyways you could.’

After the lady finished her meal, she paid the bill. The waitress quickly went to get change for her bill, but the lady had slipped right out the door. She was gone by the time the waitress came back. The waitress wondered where the lady could be. After all the change was not a meagre amount. It was 693 rupees. The waitress looked here and there if she could find the lady and return her change back, but then she noticed something written on the napkin. There were tears in her eyes when she read what the lady wrote: ‘You don’t owe me anything. I have been there too. Somebody once helped me out, the way I’m helping you. If you really want to pay me back, here is what you can do: Do not let this chain of love, caring, kindness and humanity end with you.’

Under the napkin was a ‘blank cheque’ signed by the lady, with a note under it: ‘I have left the amount box empty for you!’ And there was a ‘Kindness Card’ attached there with it – which read ‘You Matter’. This brought tears to the eyes of the waitress.

Well, there were tables to clear, sugar bowls to fill, and people to serve, but the waitress made it through another day. That night when she got home from work and climbed into bed, she was thinking about the cheque and what the lady had written. How could the lady have known how much she and her husband needed it? With the baby due next month, it was going to be pretty hard.

She knew how worried her husband was, and as he lay sleeping next to her, she gave him a soft kiss and whispered in a soft and low voice, “Mark, the past is gone, the world is a good place to live, and it’s all gonna be okay!”

Yes – that was Mark Anderson. You see?

“A simple act of kindness creates an endless ripple.”

(And that comes back to you – multiplied a hundredfold!)

DID YOU LOVED THIS ARTICLE?

Be Successful – Thrive Exponentially Beyond Excellence

“Few people know the ‘price’ of everything, and yet ‘value’ of nothing.” I  know that’s not you, because if it were the case – you won’t be flickering here to make things better and take your life to the next level.

Today, a lot of people know what to do, yet a very few do what they know. The reason being is – they just don’t know how. This book is all about “how”. This book will help you to enhance and optimize each and every area of your life and will empower you how to crush it all!

It is not what the book will cost you, it is what it will cost if you don’t read it.

One thought on “No Act of Kindness, no matter how small is ever wasted.”

Be Successful - Premium Edition is available for limited period. It's on FIRE! Grab one for you today. Dismiss 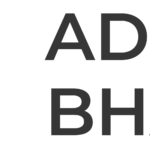